All photo’s by Krystel van Wijnen ©

The Zoo Negara, once set in virgin jungle, now stands like an oasis amidst a concrete jungle. It was officially opened to the public in 1963. The zoo features about 400 species of Malaysian and exotic mammals, reptiles and birds. Of these, the majority are fish and bird species while about a hundred are mammals and the reptiles.
The National Zoo is situated 13 km from the centre of Kuala Lumpur. Its aquarium “Tunku Abdul Rahman Aquarium” is a very popular attraction. It displays over 80 species of aquatic animals, both marine and freshwater, including invertebrates.
In the Zoo are numerous paths meandering between wooded groves and tree-lined enclaves where the animal enclosures are located. Among the more exotic exhibits are the Sumatran tiger, orang-utans and gibbons. All are extremely rare outside this part of the world. There are also scheduled elephant shows in the elephant Amphitheatre and a “Multi-animal show in the “Main Amphitheatre”. There’s also a possibility make a ride on an elephant. 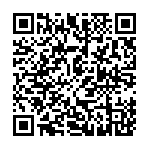