Located in Kampung Morten, on the banks of the Melaka River, Villa Sentosa is a little known tourist attraction in Melaka as it is not an official museum maintained by the State Government. It is the only Malay village in the heart of Malacca City. Kampung Morten was named after F.J Morten, the land commissioner of Malacca during the British colonial era in 1920. There are more than 100 traditional Malay houses in Kampung Morten.

Villa Sentosa is also known as the Malay Living Museum as it exhibits the typical lifestyle of a rich Malaysian family in the early 20th century and showcase a traditional Malay house setup. Though Malacca town has developed rapidly in the last decade, Villa Sentosa is carefully preserved in its traditional style.

It’s an opportunity to wander through a genuine kampung house and witness the tradition and culture of Malaysia. The owner, Encik Abdul Rahim bin Hj Hashim is known far and wide for his hospitality. He would provide you with a guided tour around the house and share some history and story about how his late father built the house. There are four rooms and an equal number of halls, a long kitchen, a beautiful porch and a well maintained backyard that faces the other traditional houses in Kampung Morten. One of the interesting facts about Villa Sentosa is that this traditional Malay house was constructed without using a single nail.

Inside the house, nothing much has changed since 1920s, not even the cups, saucers and glasses used to serve drinks. It’s like time has frozen since 1920. Furnitures, embroideries, muskets, relics and an intriguing collection of costumes that were used in Malay culture can be seen in the house. There are tea sets from England, which the family uses occasionally. If you’re lucky, you can see them displayed on the table.

There are also other interesting exhibits in Villa Sentosa such as a 500-year-old Majapahit Keris, a 100-year-old copy of Quran, ceramics from the Ming Dynasty, a certificate of honour awarded by King George V to the late Tuan Haji Hashim bin Dato Demang Haji Abdul Ghani, some family photographs and a 200-year-old “gong”. It is believed that the gong will help to fulfill one’s wishes. According to the owner, there was once a couple got their wishes to have a son fulfilled after the wife hit the “gong” three times. You may also seek permission from the owner if you want to hit the gong to fulfill your wishes. 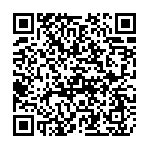