This chimney was built in the year of 80’s and the usage of it is still a mystery. It is stated that there is no traces of smoke and whatsoever that indicate that it works like any normal chimney. However, the locals believe that it was used as a ventilation shaft. Still, there are many people that have other thought. Some say that it is just an unfinished mansion built in those days while others claim that it is a light house to be. Until today, no one knows the right purpose of this chimney and this is why it is such mysterious. This also acts as an attraction which attracts tourists around the world as well as locals. It has a height of 106 feet and it was built with stacks of red bricks. It was made up with up to 23,000 pieces of red bricks that are imported from the England. The architectural style and design are more or less the same as those of British. Near to the chimney, there is a museum with the name of Chimney Museum which showcases lots of information that are related. There are the brick samples from the chimney and the reinforcement materials used during the construction, just to name a few. After a visit to the chimney and the museum, slow down your pave as there are more. There are many nearby attractions such as Labuan Bird Park, Taman Damai, Coal Mine Tunnel and etc.

One of the nearby accommodations to the chimney is the Manikar Beach Resort. The resorts offer many facilities including swimming pool and beach volleyball, just to name a few. It has as much as 245 luxurious rooms and suits up for your pick. Of course, there are other hotels in Labuan. However, remember to make reservations to avoid peak season. Before heading back home, shopping for souvenirs is a must in Labuan Island due to its duty free goods offered. Wines and alcohols, perfumes and chocolates, all these discounted prices items are sold almost everywhere in Labuan.

The Chimney
Get directions
Store Finder

The Chimney
No Catalogue Found. 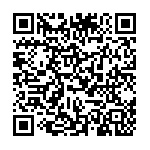