Terengganu Inscription Stone (Malay: Batu Bersurat Terengganu; Jawi: باتو برسورت ترڠݢانو) is a granite stele carrying Classical Malay inscription in Jawi script that was found inTerengganu, Malaysia. The inscription, dated 702 AH (corresponds to 1303 CE), constituted the earliest evidence of Jawi writing in the Malay world of Southeast Asia, and was one of the oldest testimony to the advent of Islam as a state religion in the region. It contains the proclamation issued by a ruler of Terengganu known as Seri Paduka Tuan, urging his subjects to extend and uphold Islam and providing 10 basic Sharia laws for their guidance.

The stone was found half-submerged by a bank of Tersat river in Kuala Berang, Hulu Terengganu, in 1887 CE after the floods had receded. A Terengganuan nobleman, Pengiran Anum Engku Abdul Kadir bin Engku Besar and his tin-prospector friend, Saiyed Husin Ghulam Al Bukhari came across the stone and brought it on a raft to Kuala Terengganuwhere it was presented to Sultan Zainal Abidin III, and placed atop of Bukit Puteri (‘Princess hill’).

In 2009, a meeting of the UNESCO’s International Advisory Committee (IAC) held in Barbados, included the Inscribed Stone of Terengganu in a heritage list of Memory of the World Programme, making it the fourth heritage recognition accorded to Malaysia after the Hikayat Hang Tuah, Sejarah Melayu, and the correspondence of Sultan Abdul Hamid in 2001.

With the advent of Islam into Southeast Asia in the 10th or 11th century, a life based on the teachings of Quran and the Hadith became widespread and together with this, the use of the Arabic script. Over the time, the script was modified and adapted to suit the spoken Classical Malay language, and thus Jawi script was created. This development, heralded a new age of literacy, when converts to the new faith gradually replaced the previous Indian-derived scripts with Jawi, in expressing their new belief.

As a testimony to the spread of Islam that originated from the Middle East, the artefact offers more than just a glimpse of the life of the people of the era. It also depicted the growing Islamic culture subsumed under a set of religious laws. A concomitant feature of this historic movement was the growth of maritime trade that centred around Kuala Berang, the place where the stone was discovered. The Inscribed Stone alludes to regional trade that flourished in the course of Islamisation, with its trading pattern and movement of peoples during that time.

While the Islamisation of Terengganu was pursued effectively with the rise of the new way of thinking, it did not completely put an end to the old way of life. The Inscribed Stone still contained a number of Sanskritterms, a memorial to Southeast Asia’s Hindu past. 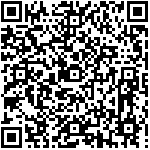