The Tanjung Kubong Tunnel is originally a busy site that is filled with nothing but only coal mining activities. Its large extensive tunnel networks are definitely one of the many important landmarks in Labuan Island. The coal mining activities started in the year of 1849 and it ended unfortunately in the year of 1911. It was ended in that year as there are a string of mining accidents happened. Along those years, British company is the one who operated the coal mining activities. What you can observe today is only the old bricks with pieces of rail tracks and rusted cables strewn to the ground. The rail track is originally as long as 8 mile. It was built dating back those years to facilitate the export of coal to Victoria Port. One of the interesting activities you can do there besides sightseeing and taking awesome pictures is to enter a low tunnel using a short rope and emerge from the top. However, do note that it is a dangerous act and extra attentions as well as caution have to be taken while doing it. Next to the mysterious Chimney, you can see a 10 feet wide vertical wall that is 100 feet deep. At the bottom of this well, there are more undiscovered tunnels.

Basic backpackers’ hotels to 5 stars hotels are all offered by Labuan Island. Thus, picking your desired accommodation in Labuan is not a problem. There is only one 5 stars hotel available in the island with the name of Grand Dorsett Labuan Hotel. It is located near to the city centre and is constantly packed during peak season as it is convenient to go anywhere from the city centre. Another exciting accommodation is in the Water Villages, you can spend a few nights with the host families and enjoy as well as understand more about their daily lives. Water Villages act as the perfect getaway from the hustle bustle of city lifestyle. 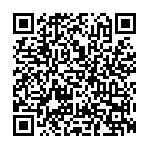