Taiping Lake Gardens is the first public garden established during the British rule in Malaysia. The garden is located near Bukit Larut, and is equidistant to the town centre and the Taiping Zoo.

Taiping is well connected to the rest of Peninsular Malaysia by express buses, which arrive at and depart from the long-distance bus station at Kamunting (6 km from the town centre) and Simpang (7km from the town centre). Buses also travel direct from Taiping to Singapore and Hat Yai in southern Thailand. Southbound buses depart from Kamunting and call along Simpang (Medan Simpang) to pick up passengers before heading to the highway via the Changkat Jering interchange. Bus tickets are available from counters located at Medan Kamunting and Medan Simpang.

The Taiping Lake Gardens was originally a mining ground before it was established as a public garden in 1880. The idea of a public garden was the brainchild of Colonel Robert Sandilands Frowd Walker. The garden was developed by Charles Compton Reade (1880–1933), who was also responsible for planning the Kuala Lumpur garden town, together with Lady Swettenham.

Spread over 64 hectares, the lake has ten scenic lakes and ponds, a Lotus Pool, charming bridges, tracks for jogging and reflexology, all surrounded by tropical plants, flowers, trees and wildlife. For kids, a roller-skating rink, paddleboat rides, and a playground ensure that the outdoors appeal more than the latest video game.

Heritage structures surround the lush greenery, including the Old Residency, formerly the home of the Secretary to the Resident, the Raja’s House and army officers’ residences. The nearby Maxwell Hill (Bukit Larut) also makes an ideal place for jungle trekking and camping. 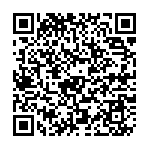