The ruins of St. Paul’s Church are at the summit of St. Paul’s Hill. Built on the site of the last Malaccan sultan’s istana (palace), it was constructed by Portuguese fidalgo (nobleman) captain, Duarte Coelho, in gratitude to the Virgin Mary for saving his life during a storm at sea.

Roofless and covered in ferns, it was originally called the Nossa Senhora da Annunciada (Our Lady of the Annunciation). Though it has been in ruins for more than 150 years, it is a beautiful, breezy sanctuary (reached after a steep flight of stairs) set near the remains of A’ Famosa fort.

St. Paul’s Church was enlarged to two stories in 1556 (after the Archbishop of Goa in India handed over the church to the Jesuits in 1548); between 1567 and 1596 the Portuguese added gun turrets to the chapel and it became a fortress. In 1590 a belfry tower was added to the front of the church and it was renamed the Igreja de Madre de Deus (Church of the Mother of God).

When the Dutch invaded Malacca in 1641 it was badly damaged (the belfry tower was destroyed) but the complex was later repaired and renamed St. Paul’s Church, it was primarily used as a Protestant church for about 112 years until Christ Church was completed in 1753. After that, St. Paul’s Church fell into disuse. Under the British administration, a lighthouse was built and it eventually ended up as a storehouse for gunpowder.

A marble statue of St. Francis Xavier, built in 1953, stands within the complex commemorating Malaysia’s best-known missionary. Stories say that when Xavier was to be canonized in 1614 the Vatican demanded the right arm (this was the arm Francis used to bless his converts) from the body. When it was cut off, blood appeared to drip, 6o-odd years after his death; when the marble statue was erected in 1952, on the morning after its consecration a large casuarina tree fell on it severing its right arm.

Inside the ruins of St. Paul’s Church is basically a decaying stone interior. Lending an eerie air to an otherwise light atmosphere is a Dutch burial vault set up in 1592 when Malacca was the only port in the Straits. Lining the walls, these hefty, intricately engraved tombstones belong to Dutch nobility that were buried here, including that of Pedro Martins (the second Bishop of Funay, Japan).

Though these epitaphs have long been obscured by lichen, they are noteworthy because their presence provides an interesting catalogue of the times, such as the tombstones of five members of the Velge family that died within 20 days of each other during the diphtheria epidemic of 1756.

St. Paul’s Church offers great views of Malacca and there are buskers and souvenir stalls at the top of the hill; heading down on the other side leads to Porta de Santiago, the remains of the great A’ Famosa Fort. 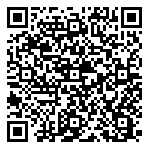