SPICE, or the Subterranean Penang International Conference & Exhibition Centre, is an exhibition centre presently under construction at PISA, Bayan Baru, Penang. It is also often written as sPICE. The project said to cost between RM250 million to RM300 million is being developed by SP Setia Group for the Penang State Government.

SPICE will involve the construction of a semi-subterranean facility for conferences and exhibition. It will enlarge the area available at the Penang International Sports Arena. The project was originally called the Peanng International Convention Centre (PICC) but was renamed in an announcement made by Penang Chief Minister as mentioned in a report inthe Star on 16 January, 2011.

SPICE will include the Penang People’s Park, which provides environmentally friendly recreational facilities. I suppose the existing swimming pool at PISA will be upgraded and improved as part of the project. In addition, there will be a ball room and other function rooms. There will also be a multi-storey car park enabling the entire site to have a total of 2,200 parking lots.

The SPICE project has not been without controversy. Residents of Bayan Baru, Relau and other surrounding areas are concerned that SPICE will cause an increase in traffic congestion. As with many controversial projects in Penang (ie the Penang Bridge, the Jelutong Expressway, etc.), there would be many naysayers, but once the benefit is realized, the criticisms are quickly forgotten. Having said that, they are also controversial projects that stick out like sore thumb after their implementation. It goes to be seen whether SPICE will join the former or the latter. 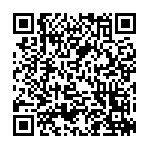