The Peace Park is one of the must visit attractions in Labuan Island, Malaysia. It has historical means and story behind. It is located in Layang – Layangan Village. It is situated near to another historical attraction – Japanese Surrender Point.

The Peace Park is an important monument located in Labuan Island. It was built by the Japanese as they felt sorry and guilty of what their forefathers have caused in those early days. The Peace Park acts as a promise to peace and mankind. It also acts as an important bond between Japan and Malaysia. The Peach Park is a tribute to those who sacrificed their lives in the World War II. Once you reach the entrance, you can see the huge man made mound that acts as the focal point with a plaque signifying the renunciation of war. Near to the Peace Park is the famous Japanese Surrender Point. Just as the name stated, the Japanese Surrender Point is where the Japanese officially surrendered their ruling on Labuan to the Australian in charge. Lieutenant General Masao Baba officially handed his sword as a sign of handover to Major General George Wootten during the ceremony. This ceremony marks the end of World War II in Borneo. Another interesting and historical fact towards this Surrender Point is that this is the place where the trials of the first war crime were conducted in the whole of South East Asia.

It is best to spend more than just a one day trip to Labuan as it has a lot to offer. Accommodation is easy to be arranged in Labuan as it has many options of hotels and resorts around. There are budget hotels for backpackers and also 5 stars hotels for business purpose and gorgeous view. It is well known that Labuan Island is one duty free island. Thus, shopping has to be in your to do list. There are a range of products offered with cheaper price such as alcohol, chocolates, watches and etc. You can also go shop for apparels and souvenirs on the street side stalls. You can bargain until you get your desired price there. 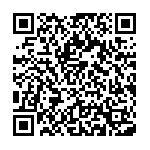