Off the coast of Perak state, lies a cluster of small islands with unquestionably some of the best beaches on the western coast of peninsular Malaysia. Among them, two islands predominate in terms of accessibility and infrastructure – the largest Pangkor and smaller, privately owned Pangkor Laut- hosting one luxurious resort. If you are looking for high standard accommodation on the main island, head up north to Teluk Belanga or Teluk Dalam.

Located about 90km south west from lpoh and reachable by ferry from Lumut in only 35mins, Pangkor Island is 8 square km big and inhabited by circa 25 thousand people, mainly fishermen. They live in scattered fishing settlements, especially on the eastern coast, and their catch consists mainly of cuttlefish and anchovy. Pangkor is intensively promoted as a budget tourist destination, however it’s still fishing and dried seafood to be the main industry.

The most beautiful beaches are Nipah Beach and Coral Beach, both situated in Nipah Bay on the west-northern coast, popular among foreigners (mainly Europeans and Australians) as well as locals. With tiny islets nearby (Giam and Mentagor) surrounded by corals, fish and sea cucumbers, this place is a fully satisfactory snorkeling spot. If you are into other watersports- they are easily accessible everywhere around the island. For active and adventurous- there’s an uphill jungle trek across the island (takes around 4hrs). Pangkor has a lot to offer also to bird watchers- among many interesting species, amazing hornbills can be easily spotted.

Put the cherry on top with having a night swim-being surrounded by blue glowing plankton feels like dancing with stars. 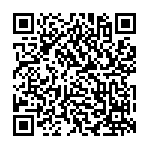