Taman Negara (National Park) is the first and the oldest official Protected Area in the country, originally named King George V National Park. Declared in 1938 by the Sultans of Kelantan, Pahang and Terengganu (during King George’s Silver Jubilee), it was gazetted to preserve the land’s indigenous nature in perpetuity. The park was renamed Taman Negara after the nation gained independence in 1957.

The most popular activities at Taman Negara are river cruises and jungle trekking. The canopy walk is also a must-see, offering a fantastic close up view of activity in the rainforest canopy. Observation hides are another great way to observe wildlife. Simple huts built high above the ground allow guests to stay overnight to catch opportunities to observe animals in their natural habitat. Cave exploration is also available, either by boat or by foot.

Taman Negara is actually one of the oldest rainforests in the world, estimated at 130 million years old. The abundance and diversity of nature here is phenomenal, making it one of the world’s most complex and rich ecosystems. 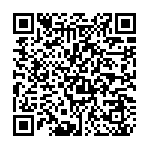