It was founded in 1884 by William Edward Maxwell, the British Assistant Resident of Perak. Perched at 1250m above sea level, it is the wettest place in Malaysia, with an annual rainfall of over 500cm. Temperature here hovers around 15 degrees centigrade in the early morning and late afternoon, dipping to 10 degrees centigrade at night.

The Tea Garden House, situated mid-way up the hill, was once the office of a tea plantation. However, when their tea plants did not grow very well here, the British shifted their agricultural endeavour to the Cameron Highlands, where the Boh Tea Plantation is now. All types of Malaysian flowers including the rare giant fishtail palm thrive here. The golden sunflowers grown here are the largest in the country.

On a clear day, one can view the peninsular coastline and the Straits of Malacca, sometimes stretching as far as Penang to the north and Pangkor Island to the south. The scenery is captivating during the day, magical and bewitching at night. However, the view is often obscured by cloud build-up in the afternoon, especially from September to December. 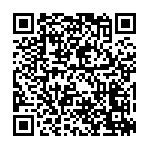