The Labuan State Mosque is also known as the An’Nur Jamek Mosque. Its futuristic and amazing architecture is one of its main attractions that attract tourists from every corner of the world. The architecture of the state mosque in Labuan is simply fascinating. It is quite certain that you can stand there for long just to appreciate the architecture design in and out of the mosque. There are many tourists take picture outside of the mosque. After visiting the mosque, if you are interested in discover and understand more about the multi cultures and believes in Malaysians, there are more places of worships you can spend some time to pay a visit. There are a number of Chinese temples to be found in the island too. One of the Chinese temples has the name of Kwong Fook Kung Temple. It is especially packed with tourists compared to the other Chinese temples is because it is the oldest Chinese temple standing in the island of Labuan. It is constructed in the year of 1952. The next place you can visit is the Sikh Temple. It is the place where Sikh people worships. The architectural design of the temple is amazing and it is inspired by the design of Sikh ‘Golden Temple’ in Amritsar.

After the vacation in Labuan, it is a must to shop for souvenirs for your friends and families back home. It is well known that Labuan is a duty free island and so getting a few of these items and products back will be worthy. Duty free goods selling in the island are inclusive of perfumes, alcohol, chocolate, watches and etc. All prices are discounted and they are cheaper than the normal prices. Accommodation in Labuan offers a wide range of options. One of the popular hotels in the island is the Grand Dorsett Labuan Hotel. It is located near to the city centre of Labuan and it is the only 5 stars hotel standing in the island. Thus, this acts as an attraction to tourists and guests all around the world. 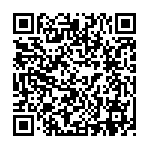