It has a very long and rich history before it finally became a museum in 1991. This 4.84 hectare land which the museum currently stands belonged to Syed Salim as a gift from Raja Syed Alwi. At the end of 19th century, Syed Salim built his residence and stayed with his family until it was sold to the state government. After that, the building becomes the official residence of British Advisors. During the Japanese occupation, the house became the Military Administration until 1945, where the Thai Military Government took over

After independence, the government of Perlis took over and became the official residence to Chief Minister. Finally in 1991, the building was demolished and rebuilt, to be structurally identical to the previous building and converted it to a museum. The museum houses Islamic artifact, Perlis/Kedah craft and item belonging to the royal family.

By driving, take the north south expressway and exit at Jitra Selatan and get into Kodiang and Kangar (highway K3). Once you are in Kangar town, take the Jalan Kolam to head east until you reach Jalan Tun Abdul Razak. Near to the museum you will see the Kangar Hospital. The museum is at the junction. 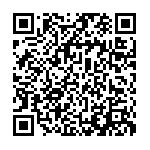