Keris Landmark is a large bronze sculpture of Keris, which means “dagger” in Malay, rests on an elevated platform in the centre of the Alor Gajah town Square. The Keris is a symbol of the Alor Gajah district and a relic commemorating the courage and strength of the Malaysian warriors who lived in the surrounding soils since the founding of the Malaccan Sultanate. Various depictions of the Keris can also be found in many places within the district, such as Simpang Empat, Ayer Keroh Toll Exchange, Lubuk Cina, Alor Gajah Square and Pengkalan Balak. This is a giant landmark marked in the form of the Keris. Keris is the holy weapon that was used by warriors during the old Malaya times. It has a jagged blade and is highly revered. The Keris is a prized asymmetrical dagger; famous for its distinctive wavy blade, although many have straight blades as well. 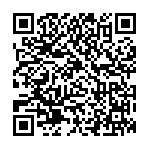