Kenyir Lake is an artificial lake located at the state of Terengganu. It was created for damming the Kenyir River to power the Sultan Mahmud Power Station in 1985. It is believed to be the largest man-made lake in South East Asia, and some think is the largest in the world.

The lake is known as a unique tourist destination for her beautiful scenario of tropical forest and widely known for its valuable flora and fauna species. It is believed that the area is the habitat of more than 8000 species of flowers, 2500 species of plants and trees, 8000 species of orchids, 370 species of birds and 300 species of fresh water fish. They live in harmony and in peace in their own natural habitat.

There are 14 waterfalls found and flow rapidly around the lake. The most famous are Lasir Waterfall (nearby Uncle John Resort), Tembat Waterfall (just a minute to Musang Kenyir Resort) and Saok Waterfall. Saok Waterfall is situated at the east of Pulau Besar (about 20 minutes boat ride from Gawi Jetty). Whist to the south (nearby Jenagor Dam) are Lasir, Kenyir and Pertang River waterfalls. It is believed that the Lasir Waterfall is the largest shower in Kenyir Lake and becomes one of the famous waterfalls among tourist.

Bewah Cave is known as Gua Tahi Kelawar due to plenty of but make their habitat there. The name of Bewah Cave is believed from the name of Bewah Hill (because this cave is situated on the Bewah Hill). Bewah Cave provides the spectacular sights of towering limestone hills. The secrets and mysteries of Bewah Cave still to be explored. It is believed that the cave has a value of history when some archeologist from National Museum had discovered the skeleton of the Neolithic man. Among the artifacts found in 1970’s were kitchen utensils, axes and tools. Besides, there is another cave that must be explored by visitors who love unvalueable secrets of the past. Taat Cave is the name of stalactites and stalagmites cave situated in the area of Kenyir Lake.

Kenyir Lake consist several hills which have submerged and peaks of hill summit become little islets. The highest peak is Chergau in Pulau Besar or Pulau Chergau (name after its hill name). It is situated in the centre of the lake. Other island covers nicely around the lake are Pulau Bayas, Pulau Sumas, Pulau Jelatang, Pulau Batu Pipit and many more. Pulau Batu Pipit also known as Pulau Mahathir named after the Prime Minister who is concern on the conjunction of development of the lake. 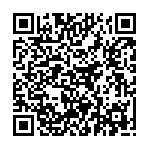