Japanese Surrender Point is a famous and meaningful memorial spot located in Labuan Malaysia. It is situated near to one of the popular landmarks in Labuan – the Peace Park. The memorial point is located in a small park near to Timbalai where you can have a nice view of the South China Sea on the Western side of Labuan.

The famous historical site in Labuan Island is definitely none other than the Japanese Surrender Point. This is where the Japanese officially surrendered their ruling on Labuan to the Australian in charge. About 50 meters away from the surrender point, the ceremony of signing and the handover took place. Lieutenant General Masao Baba officially handed his sword as a sign of handover to Major General George Wootten during the ceremony. This ceremony marks the end of World War II in Borneo. Another interesting and historical fact towards this Surrender Point is that this is the place where the trials of the first war crime were conducted in the whole of South East Asia. The nearest attraction that is too having historical means is the Peace Park. The park is built by the Japanese right next to the Surrender Point as they felt sorry for the trouble caused by their forefathers in the past. The park acts as a tribute to respect and appreciate the scarification of the lives that are involved in the World War II. Just as its name, the Peace Park marks the promise between Malaysia and Japan on peace and friendship.

The accommodation in Labuan Island is not much of a different compared to other places around the world. The beautiful island offered various kinds of resorts and hotels all depending on your budget and preference. From budget bed and breakfast to high end luxurious hotels are all up for your pick. Spending a night or two in Labuan is a must as it has a lot to offer. The last thing you have to do before heading home is to shop for duty free goods. A wide range of duty free goods are offered and provided by the easy access duty free shops around the city centre of Labuan Island. 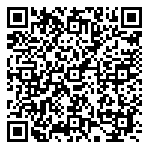