Location
The Istana Bukit Serene is located in Bukit Serene, Johor Bahru. It faces the Straits of Johor and thus, has a bird’s eye view towards Singapore. There are two roads that pass around the palace ground. They are Jalan Kolam Air and Jalan Straits View.

Overview
Istana Bukit Serene is the royal palace and the official residence for the Sultan of Johor. It can be viewed from the waterfront of Johor, Danga Bay. It is completed in the year of 1998 and has been one famous landmark since then. It has a high tower, measuring as high as 35m. Its walls are full with unique and fascinating cravings. There is a huge garden in the palace which is often used during any celebrations and gatherings of the royals.

Johor Military Force guards the palace and acts as a protective layer to the Sultan of Johor. This palace which acts as the residence of the Sultan has been the place of interest for tourists all around the world. They love taking great pictures of this historic building. However, the palace is not open to public.

There are some nearby attractions from the palace. They are the Royal Johor Country Club and Tan Sri Hassan Yunus Stadium. There are many Johor hotels but the one situated close to the Istana Bukit Serene is Tunes Hotel Danga Bay.

Transport
Go to the west of Johor Bahru as this is where the location of the Istand Bukit Serene. Walk near to Lagun Puteri along the Tebrau Straits, or better known as the Selat Terbau by locals. There is an easier alternative way. Hop on a cab when you are in the city centre of Johor Bahru and you will be there in no time. 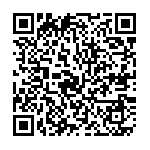