The House of Yeap Chor Ee was the first home of Yeap Chor Ee, a young immigrant who came to Penang in 1885 and worked as a barber before becoming a captain of industry at the turn of the 20th century.

The building was turned into a Social History Gallery in 2008. Through the journey of Yeap Chor Ee, the gallery gives an insight into his remarkable life and the lives of immigrants who arrived on the island from China, more than 100 years ago. 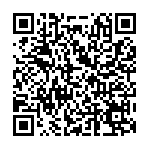