Known as the Muzium Tokoh Negeri, the Heroes Museum – adjacent to the Pahang Tourism office – is housed in a beautifully refurbished colonial-era mansion. Opened in 2000, it is situated nearby the State Mosque and has six galleries as well as an audio-visual room and a library. The exhibits range from relics that depict the history of the Malay Sultanate to artefacts that portray the country’s struggle for independence against Japanese occupation and British colonialism. 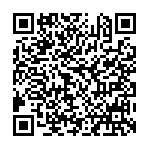