Gunung Angsi is one of Malaysia’s relatively minor mountains with a height of 2702ft or 824m. It ranks 241st on my list of Malaysia’s highest mountains and it is the 3rd highest peak in Negeri Sembilan state, after Gunung Datuk and Bukit Bintongan which are both slightly higher. Gunung Angsi is only an hour’s drive from Kuala Lumpur being located in Ulu Bendul Recreational Park, about 20 km from Seremban, the state capital of Negeri Sembilan.

The mountain’s relative proximity to KL makes it a popular hiking spot. Ulu Bendul Recreational Park itself has clear streams, shady picnic and BBQ sites and gets crowded with families especially at weekends.

Climbing Gunung Angsi takes most people up to 3 hours to go up and somewhat less coming down making it a do-able half day excursion. 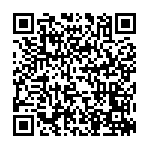