Gua Tambun may have 3,000-year-old cave drawings of humans, it discovered in 1959 by a British soldier.  This cave paintings was gazetted by Ipoh City Council in 1986 and was declared a national heritage by the Department of National Heritage on January 10, 2010.

The exterior wall, exposed to the elements, boasts reddish drawings of human figures, a pregnant deer, a dugong, a tortoise and sketches resembling fish, arrows and an octopus. Besides the drawings, participants could examine seashells and bits of coral reef scattered along the floor, reminiscent of a time when the area had been underwater. “The drawings also look exactly like the ones from Australia and Papua New Guinea”. 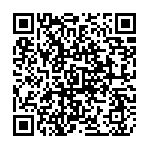