Located on a man-made island called Pulau Wan Man, Masjid Kristal is located within the grounds of Taman Tamadun Islam (Islamic Heritage Park), another major attraction in Terengganu. Constructed between 2006 and 2008, it was officially opened in February 2008 by the present Sultan of Terengganu, Sultan Mizan Zainal Abidin.

Regarded as one of the world’s most beautiful mosques, Masjid Kristal is a stunning architecture made of steel and glass, which gives the mosque its crystal-like appearance. This unique structure adopts a contemporary style injected with Moorish and Gothic elements. A large crystal chandelier forms the main prayer hall’s centrepiece. At night, the mosque comes alive with a mesmerising display of lights, which changes the colour of its domes and minarets to pink, green, yellow and blue.

Masjid Kristal is the country’s first ‘intelligent’ mosque with a built-in IT infrastructure and WiFi connection, providing visitors with internet access with which to read the electronic Quran. 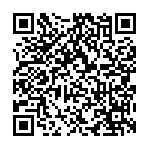