Chew Jetty, or Sneah1 Chew1 Kio2 in Penang Hokkien, is the biggest of the waterfront settlements in George Town. It was created in the middle of the 19th Century, in a very different Penang from what it is today. The last community jetties, the Peng Aun and the Cap3 Snaeh3 Kio2, were only established in the 1960’s. Each of the clan jetties has a small shrine to pay homage to the sea deities. Chew Jetty is the only clan jetty left that continues to have observe the once a year annual worship of its Temple Deity and the Jade Emperor (Thnee Kong, or “god of the skies”)

Like gnarled fingers that claw the sea, clan jetties line the water front of Georgetown. Here, we find a community that has existed for over a hundred years, suspended in time above the tide lines. Today, however, encroaching development poses a formidable threat to the very existence of this unique waterborne community.

On March 20, 2004, members of AsiaExplorers paid a visit to Chew Jetty. It was part of our exploration to better appreciate the heritage sites of Penang. For the unfamiliar, the Clan Jetties consist of seven sets of wooden piers. They are home to seven clans who migrated from China: the Lims, Chews, Tans, Lees, Yeohs, Koays and one mixed jetty. The visit was hosted by Chew Siew Pheng, an AsiaExplorers member who happens to be a resident of her namesake jetty. 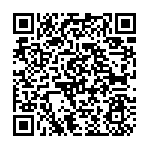