There are temples around the world paying homage to monkeys, snakes, rats, tigers and other animals. But, hidden in our own backyard and relatively unknown is a holy place that is home to various species of centipedes.

Perched on top of a hill in Ulu Temiang, Seremban, Negri Sembilan lies Then Sze Koon Temple or Centipede Temple. Spread over 2ha, the temple is run on donations and is a beautiful sanctuary.

One has to climb 176 steps to reach the top but with willpower, everyone can do it. Take one step at a time to enjoy the tranquil setting. A friendly frog sculpture awaits visitors halfway up.

According to Soon Sin Man, one of the temple’s caretakers, the surrounding land was filled with rubber trees before the area was developed.

However, the hill was retained. Centipedes roamed freely in and out of the temple grounds because the weather was cool.

In 1998, a reporter from a Chinese daily came to pray to the Then Sze deity and spotted a white centipede (probably an albino). He snapped its picture and decided to buy numbers from a gaming outlet. He struck first prize and, thrilled, wrote about it in the papers.

Soon says: “Since then, we have heard that every time someone spots a centipede, something good happens to them. Once an ice cream vendor was bitten by a centipede and he also struck lottery. He then came back to give free ice cream to the devotees. If you spot or get bitten by one, you can definitely expect some good fortune.”

However, with global warming and the increase in temperatures, the centipede population has dwindled but they still “make their rounds” at the temple a few times a day. Soon guarantees that they come out in droves during Chap Goh Mei. Why do they appear only on this day? He is equally baffled.

When we were there, we just missed seeing one as it darted behind the donation box. We shook the box and forced it to come out but, alas, the shy creature ran to hide again. Darn.

“We don’t hit or kill it. I’ve seen a centipede with a blue head and gold body, and one with a maroon head, but mostly, everyone sees the brown ones,” he claims, although he refuses to divulge what good fortunes have landed on his lap.

Soon says the temple is believed to have been founded in the 19th century by a Taoist priest named Zhong San Koon.

“We have a made-in-China bell that dates back to 1863 which we think was donated by a devotee. We figured that the temple must have been built around that period,” he says, pointing to the sturdy bell.

Subsequently, Zhong returned to China and his disciples continued where he had left off. But after the last priest died in 1992, there has been no one to conduct prayers or preach.

“Some of the founder’s disciples are at other temples in Ipoh but none of the younger generation wants to study Taoism, so we’re left without a resident priest,” adds Soon.

The most auspicious time at the temple is on the 26th day of the third lunar month, which marks the temple’s anniversary, and Chinese New Year. For these occasions when the devotees number 20,000, the temple brings in priests to conduct prayers.

There are several legends surrounding the hill, which is shaped like a ship. One local retiree says there was an old lady who lived with her son and the duo was extremely poor. The son became a sailor and went out to work. Everyday, mother dearest would wait for her son at the mouth of the river and when he finally arrived on a big ship, she was overjoyed.

Sadly, the now wealthy son refused to acknowledge the mother and after crying her heart out, she cursed him. Lightning struck and the whole ship turned into stone, which eventually became a hill.

Over the years, several attractions have been added. Apart from the main deity, there are colourful sculptures of the Goddess of Mercy Kuan Yin, the monk Xuanzang and his three disciples, the Monkey God looking out at the valley below, the Eight Immortals in the Taoist legend, a pagoda, a koi pond and a garden. Renovation works amounting to RM5 million are also underway.

Thanks to the tireless work of committee members, the temple is now listed as a tourist attraction in Seremban.

“On Sundays, we have busloads of tourists making offerings at the temple. But we still want more people to visit us and help preserve the temple’s heritage,” says Soon.

For centuries, animals have been considered sacred in some religions. In Hinduism especially, many deities take on animal forms.

In Rajastan, India, the famous Karni Mata Temple has thousands of rats running over people’s feet. This ornate, isolated Hindu temple was constructed by Maharaja Ganga Singh in the early 1900s as a tribute to the rat goddess, Karni Mata.

There are over 20,000 rats that call this place home and devotees are not allowed to kill or trample over them. Instead, they eat with them.

These holy animals are called kabbas, and many people travel great distances to pay their respects.

Snake temple (www.wikipedia.com) is situated in Penang and is the only temple of its kind in the world. The temple is filled with the smoke of burning incense and a variety of pit vipers. The snakes are believed to be rendered harmless by the sacred smoke. But as a safety precaution, the snakes have also been de-venomed but have their fangs intact.

Local devotees believe that the temple’s snake population has come there on its own accord.

The Hindu deity Shiva is always portrayed with a serpent garland around his neck. Hence, most Shiva temples around the world have snakes gliding in and out of the premises.

Monkey temples exist in several countries but among the more popular one is the Swayambhunath temple in Kathmandu, Nepal – a Unesco World Heritage Site.

A mob of fearless rhesus macaques call the temple home. Hundreds of monkeys scamper about the temple at night after the pilgrims and priests have departed. Worshippers include Hindus and Buddhists. 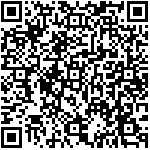