Boulevard Shopping Mall-Kuching (BSM), is strategically located just 5 minutes from Kuching International Airport and has a consumer catchment areas of over 230,000 population consisting of middle to high income group within a radius of 5 miles surrounded by matured housing estates and commercial centres.

In completing the 1.7 million squarefoot of retail extravaganza with its new wing, BSM II ~ which was opened on 1st June of year 2012. The newly enhanced shopping precincts with more than 230 retails outlets under the theme of “Stylish Avenue”, “Enchanter Boulevard”, “Savory”, “Gizmo Zone” and “Harajuku Mode” will surely fascinate its shoppers of all ages. Raising on top of BSM II are the 4-Star Imperial Hotel and 2-blocks of Apartment Suites (Phase III) whereas its Tower B apartment are now open for enquiries. Adjacent to BSM II is the proposed 8-storey car park cum entertainment centre (Phase IV) consists of a Roller skate rink, K-Box, Amusement Arcade and 8 halls cinema will be expected to be fully completed in the year 2014. When fully completed by year 2014, Boulevard Shopping Mall, Kuching shall be the “Largest, One-Stop Lifestyle Mall” in Sarawak.

Things to do in Boulevard Shopping Mall 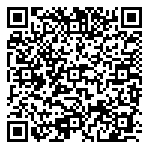