Erected in memory of J.W.W.Birch, the first British Resident of Perak who was assassinated in Pasir Salak on 2.11.1875 by local Malay Chiefs Datuk Maharaja Lela.

Birch has been described by R.O. Windstedt and R. J. Wilkinson in The History of Perak as “a lonely pathetic figure of an Englishman with narrow rigid ideas as his daily companions”.  The book also states that Birch once wrote that “it concerns us little what were the customs of the country nor do I think they are worthy of any consideration”.

Standing in front of the Ipoh State Mosque, the square tower comprises a portrait bust and four panels illustrating the growth of civilisation.

Unveiled in 1909, the Birch Memorial, a square decorated tower with a portrait bust and four panels illustrative of the growth ofcivilisation was erected on the table-land at a cost of about $25,000.

A  dedication to J.W.W.Birch, the first British Resident of Perak, is found beneath the bronze bust of Birch in the north-facing niche.

The clock tower has one mother bell, 6 ft 6 in. in diameter and weighing 10 cwt., and four smaller bells weighing together 10 cwt., which used to strike the chimes of Big Ben.

At the corners of the belfry, mounted on pedestals, are terracottafigures, representing the four “Virtues of British Administration” – Loyalty, with sword and shield, Justice, blind and carrying a sword and a pair of scales, Patience, unarmed, and Fortitude, with a calm face and bearing a spear.

On the civilisation panel, 44 famous figures in world history were portrayed.  The image of the last Prophet facing the mosque was painted over in the 1990s due to objection from Muslims to the depiction of the Prophet. 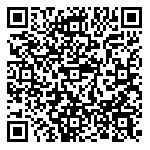