Pulau Manukan is located off the coast of downtown Kota Kinabalu. From Hyatt Regency Kinabalu, a 2-minute drive or 10-minute walk will bring you to the jetty at Jesselton Point (formerly Sabah Port Authority ferry terminal).

With over 200,000 visits annually,Manukan (Pulau Manukan) is the most frequented island by domestic and international tourists. It is only 15-minute away by boat ride, almost a no-brainer choice for people who want an island day trip near to Kota Kinabalu City (KK). However, to be fair, the reason Manukan Island becomes the most famous island is not just because it’s “convenient.” It does have three other outstanding factors that make this beautiful island of South China Sea a favorite destination.

First factor is Manukan has long stretch of white sandy beach. Its long beach spans about 1,500 Meter at southern side of the island, facing a bay of crystal clear and tranquil sea. The water is so calm and shallow that it’s also suitable for non-swimmers. Families feel safe to let their kids playing in the water. No matter how far their children go, parents still can have a clear open view on what’s going on. Manukan is the second largest island of Tunku Abdul Rahman Marine Park(TARP in short), and its beach is vast. Though Manukan has hundreds of visitors every day, there is still enough big space for everyone.

The second factor is Manukan has the most developed facilities. Tourists can find almost everything they need there, from toilet, shower room, restaurants, water sport activities, souvenir shop to accommodation. But please be informed nothing is cheap on the island. There are a few lifeguards keeping an eye on the sea. They also know how to deal with injury caused by jellyfish sting and sea urchin. For crime prevention, there are some police on the island too.

The third factor is Manukan has the best snorkelling spot. Among the five islands of TARP, Manukan Island ranks top as a snorkelling site. Though its coral reef is not of world class, it’s still a wonderful treat to nature lovers. Sighting of Nemo is guaranteed. You can even see Nemo from the jetty, with thousands of other fishes. 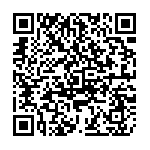