Labuan Marine Museum is one of the many places of attractions in Labuan, Malaysia. It is located along the waterfront at the Tanjung Purun Road. It is situated not far away from Labuan town. It is a part of the Labuan International Water Sports Complex. One of the well known landmarks that is located near to the complex is the Labuan Tourism Action Council.

The museum is opened in the year of 2003 with one main objective, which is to lend a helping hand in preserving the marine life of Labuan Island. Labuan Marine Museum showcases more on the marine life in Borneo, or to be more specific, those in Labuan. It is divided into a total of 16 categories. It showcases much information almost anything that is related to the marine life in Labuan. It starts from a general view of the marine life, then it expands to the benefits that Labuan obtain throughout the years for its well known and rich marine kingdom, expositions of all kinds of habitats are elaborated later. Lastly, it focuses on the fishing activities carried out in Labuan and all the other matters that have strong connection to it.

Apart from the rich information Labuan Marine Museum provides to all the visitors, there are lots of exhibits including life specimen and many preserved species of marine creatures. They are sea corals, different kinds of fishes, reptiles and sea plants, just to name a few. Besides, it showcases the leftover artifacts from shipwreck that were happened in Labuan water. One of the highlights of the museum is a replica skeleton of an Indian Fin Whale that has historical story behind. Thus, do remember to check that out when you went for a visit in this amazing museum.

The Labuan Sea Sport Complex is located near to the city centre of Labuan, thus, you can either hail a taxi or take mini bus services and you will reach your destination in no time. You can also rent a car or a motorbike as it is a convenient tool to bring you around Labuan Island. 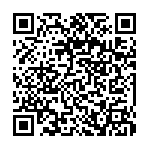