Gunung Telapak Buruk is the highest point in the Berembun mountains.  The mountains form the dividing range between the Linggi valley (Seremban) on the west and Jelebu on the east.  Telapak Buruk is located about 5 km north of the Berembun peak, but unlike Gunung Berembun, Telapak Buruk can be accessed via a tarred road as all the telco companies operate communication towers at its peak.

Telapak Buruk peak is also the demarcation point between three of the Negeri Sembilan districts:  Jelebu, Seremban and Kuala Pilah.
The hike is a long one, some 12 km one-way.  But it’s a tarred road and therefore does not require climbing over rocks and roots.  It’s still quite taxing anyway as the gradient is quiet steep and the total ascent is not something to laugh at (1000+m).
To get to the starting point, if you’re coming from KL, take the Leburaya Kajang Seremban (LEKAS) towards Seremban.  Exit at the Jalan Jelebu junction and turn left to head towards Jelebu.  Follow Jalan Jelebu (route number 86) for about 15 minutes (13.8 km to be exact) passing Empangan and Kampung Pantai until you reach a small single lane road on the right with a signboard indicating Telekom Malaysia.  The junction is easy to miss, but it is just before an open expanse on the right side of the road where the old Jelubu road used to be but is now just a road construction left-over with a plaque remembering the opening of the new road.  You can use the open expanse to park your car.  Use the car odometer to gauge the approx area of the junction.  Another guide is that the junction is just at the highest point of Jalan Jelebu and indeed is very close to the border between Seremban and Jelebu districts.  The junction is at the mountain ridge between the two districts.
Telepak Buruk is famous for three things:  The telecoms facilities at the top, as a bird watching haven and as the place where a famous World War II plane wreckage was found.  As a result, there is a fair bit of traffic plying up and down the route (say a car every 15 minutes).  But the road is narrow, full of large pot holes and in a few places partially blocked by fallen bamboo trees.  If you want to drive up, a four wheel drive is recommended though not compulsory.
We however wanted to walk up to the top.  In this regard, we were quite alone as everyone else had some form of motorised transport.  The place was cool and peaceful throughout, with lots of greenery and nature to admire.  Birds especially seemed abundant, and not surprisingly, many birders frequent the place due to the easy access  On the day of our walk, one of the birders warned us about a black panther that was spotted just the previous weekend on the very spot that we were strolling along.  So keep close to your group and avoid becoming separated.
As we approached the peak, we were greeted by a number of telecom towers.  Almost all telco operators seemed to have their own station up there.  The Telekom Malaysia one was particularly imposing as it stood at the highest point and was guarded by the military.  From near the peak, there is a fantastic view of the mountains to the south.  Far far away, a high mountain can be seen beyond everything else.  The army sentry guarding the Telekom Malaysia facility informed us that it was Gunung Ledang.  The compass also appeared to indicate that the mountain was in the direction of Ledang.  It seemed almost impossible to me as Ledang is nearly 80 km away and I did not think that visibility much beyond 50 km was possible in the humid and hazy conditions now prevalent in Malaysia.  But there it was!
The view from the peak is indeed incredible with much of the mountains to the south and west clearly visible.  Looking to the southeast (see panorama picture)  Ledang is in the middle, far in the background, almost exactly in the southeast direction.  To the right of Ledang peak (i.e. looking to the south), there are a number of layers of mountain ranges between Ledang and Telapak Burke   The furthest being Gunung Rembau (only the peak can be seen), followed by Bukit Payong (the one with the small cloud near the peak), and then Bukit Simpang Empat (the smooth concave mountain), with Bukit Lenggang Pri next (the short three peaked hill), and then Bukit Bertam and then finally Bukit Gongko in the foreground.  In the same layer as Bukit Simpang Empat is Angsi (far right, just near the sign board).
From near the peak, there is a jungle trail to the south along a ridge that leads to Gunung Berembun.  The plane wreckage is along this path. 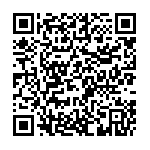