Endau Rompin, straddling the Johor/Pahang border, is the second National Park after Taman Negara. It covers an area of approximately 80,000 hectares of rich and exotic flora and fauna, encompassing the watershed of the rivers Endau and Rompin, from which it derives its name. In other words, this place is huge.

Go along the North-South Expressway and turn off at Ayer Hitam. From Ayer Hitam take the Kluang Jemaluang road (Route 50) and continue from there to a turn-off 7 km east of Kahang town (look for the Endau Rompin National Park sign partly hidden among 15 other signs on the signboard). From this turn-off, a four- wheel drive will take you on a 56 km rough terrain drive through palm-oil plantations and then onto old logging roads and boggy tracks before arriving at Kampung Peta, the park staging point. This will take 2 hours.

The park is home to a vast species of birds, mammals, frogs, insects and exotic varieties of orchids, herbs, medicinal plants and trees. It seems that everytime a scientific expedition returns from Endau Rompin, they discover a new species.

Regular treks through the jungle will give adventurers sightings of leaf monkeys, long-tail macaques, white- handed gibbons, elephants, deer, tapirs and the occasional tiger and leopard. For adventure lovers and river trekkers, there are exhilarating rapids and fairly substantial waterfalls.

To protect the pristine environment, only limited areas of the park are open for ecotourism. Entry to the park requires a special permit from the Johor National Park Corporation. The park is normally closed from December to February as these are the rainy seasons of the year. 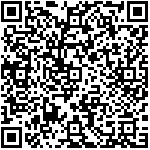